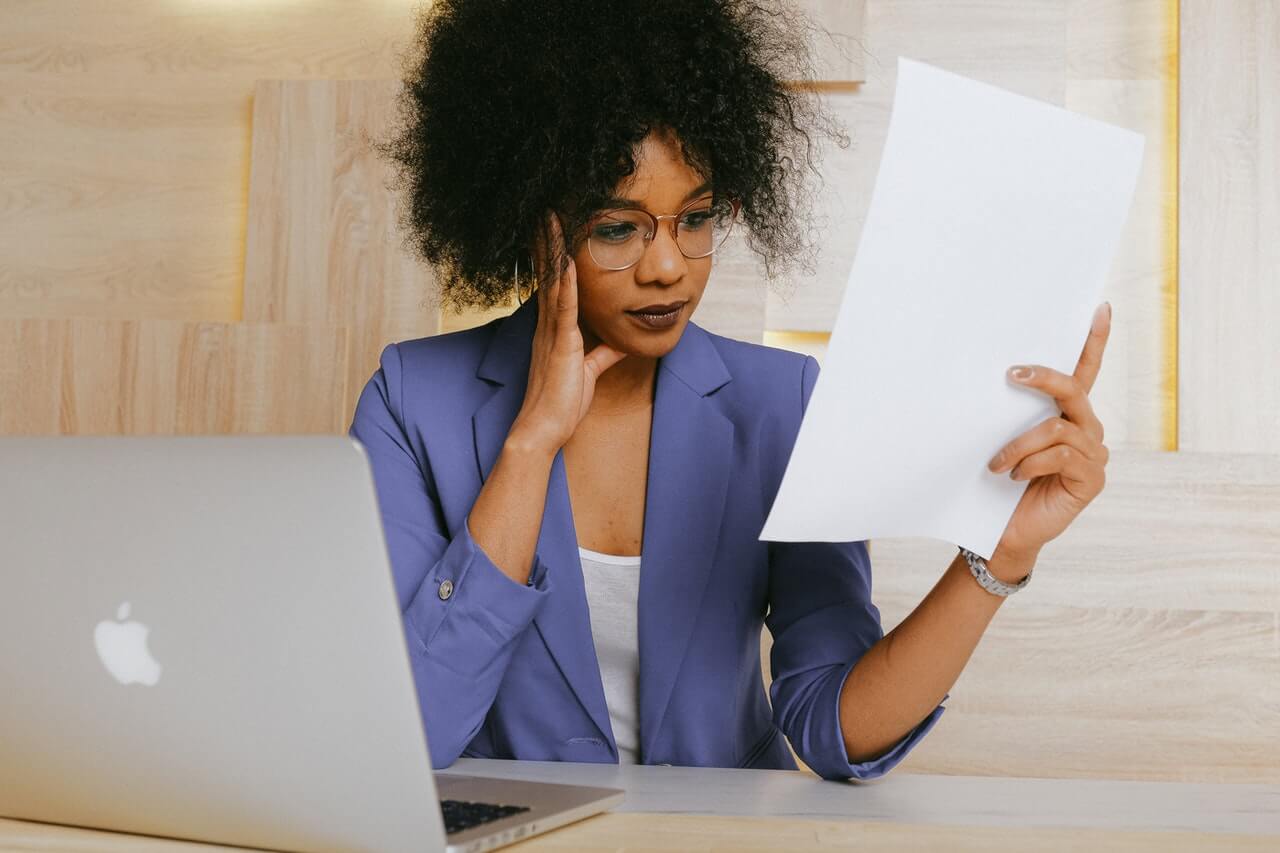 Why Did You Leave Your Last Job? Call Center Job Interview

To answer the call center job interview question Why did you leave your last job, remember to keep it short and simple. The sooner you and your interviewer stop talking about it, the better. After all, there’s a more productive use of your time. And that is to spend as much of your interview time talking about why you’re a great hire, not why you left.

In this article, you’ll learn how to answer the call center job interview question Where do you see yourself in 5 years with some sample answers based on various reasons.

Mistakes when answering this question

“I left my previous job because the workplace was so toxic. My TL didn’t take sup calls and our QA was extremely unreasonable with the metrics.”

Interviewers are hired to be skeptical about their applicants. By default, they’re going to take the previous employer’s side, not the applicant’s. That’s just the nature of things.

They’re bound to assume that because you’re badmouthing your previous employer, nothing’s stopping you from doing the same thing.

Think of your interviewer as a painter with a blank canvas; you are her subject. As the interview progresses, she’s going to paint you on that canvas. What do you want her to paint on that canvas? A complainer or a professional employee?

We lie on some occasions to save ourselves from trouble or avoid an awkward situation. However, when it comes to job interviews, it’s generally best not to lie. Especially if the information you’re lying about is verifiable.

Ask yourself: If the recruiter is going to do a background check on you, is she going to discover things that are contradictory to what you’re saying? If so, then that’s lying. And you’re not doing it very well.

Reasons for leaving your previous job

You left for innocent reasons

One example of an innocent reason for leaving a job is relocation. Your interviewer simply cannot fault you for this. So if this is your reason, no worries at all.

You were laid off

Because this is not under your control, getting laid off isn’t something you should worry about.

“Our company lost a major client which led them to cut cost. Because their policy was last in, first out, I was one of the 50 employees who were let go. My Team Lead, however, can attest to my performance when I was still working for them.”

You had health problems

If you quit your previous job due to health issues but you’re now fit to work, be transparent about it. Don’t lie. This info is traceable! Simply assure your interviewer that you’re already fit to work and that you can provide authorization from your doctor if necessary.

“I quit my last job because I had to recover from a stomach ulcer. My doctor recommended that I take a 6-month break. That break helped with my recovery and now I’m ready to go back to work. I can provide the necessary documentation from my doctor if necessary.”

If you want a higher paycheck/better opportunity

If you quit your last call center job because you think you could do better in terms of compensation, opportunity, and work culture, then this is for you.

As a general rule, I wouldn’t recommend that you tell your interviewer that you quit your last job because of the low salary. It’s too honest and some interviewers might not appreciate it.

It’s equivalent to not going to work then telling your boss afterward that you didn’t get to work because you were drunk. There’s some level of unprofessionalism there.

There is, I think, a better way to answer this: Highlight what the current company has that your previous company doesn’t and cite it as a reason for leaving.

“For the record, I love my previous job as an e-commerce chat support but I really feel the need to diversify my skills and work for a financial account this time. That opportunity just doesn’t exist in ABC Company since they only have e-commerce and Telco accounts.”

What’s good: The applicant isn’t badmouthing the previous company. She even stated that she loved her previous job; it just was time to move on. It also shows that she’s growth-oriented.

Note: If your interviewer asks a follow-up question whether compensation is one of your reasons for leaving your last job, say something like this:

“Compensation is also important to me. It reflects the value I deliver to the company and my customers. I’m less focused on that though. It’ll always follow as long as I keep my skill set sharp and in demand which, to me, is the most important thing.”

What’s good: The applicant acknowledged the importance of money but in a more professional tone and without the risk of sounding “money hungry”.

If you were fired due to personal problems

Whether the company is going to do a background check or not, it’s better to be safe than sorry. It’s better to come clean about your mistake than have the company find the truth from another source.

“Basically, what happened was I had a problem at home and I got depressed. It affected my performance. Where I used to receive a performance bonus every month for 3 straight years, I became one of the poor performing agents.

“Eventually, my TL noticed it. She did her job, talked to me about it, and even suggested ways on how to deal with it. I felt better for a while but because I wasn’t really addressing the root cause, it didn’t go away for good.

“Eventually, I was let go. All because I was in denial about the problem. I let my personal problem affect my professional life. Needless to say, I only have myself to blame.

“It was a great wake-up call though. One thing I learned from that experience was when it comes to a problem, it doesn’t pay to be in denial and pretend it doesn’t exist. I need to be brutally honest because that’s the only way that I could get to the root cause and deal with it objectively.”

If you were fired because of your own doing (AWOL, performance issues)

I know there’s a lot of you out there who quit your job because you were so stressed out and you just couldn’t be bothered filing for a proper resignation. So on impulse, you went AWOL.

Unfortunately, reality dawns and you realize that you have no money after all, and you have to go back to work and apply to another call center company.

So what should you do?

In that case, say that it was due to a personal problem (like the previous example).

Don’t say that it was the company’s fault for not having a great workplace. It will sound as if you’re victimizing yourself. Don’t say that you were stressed! This is the call center industry after all! If you can’t handle stress, what are you doing here?

The only option is to make your interviewer believe that there was an inevitable driving force behind your stress, behind your impulse to go MIA. This way, you’d have a better chance of getting hired.

“There is no better way to say this: I was let go because I went AWOL. This is one of the greatest regrets of my career life. I’m not usually someone who acts impulsively but I was in a really dark place at that point in my life and I wasn’t able to think objectively.

“I spent 3 years dealing with irate customers over the phone and I was great at it. Yet, there I was, with that one problem and I let it get the best of me. I wasn’t able to think straight.

“It was a wake-up call for me though. I’m now in the process of getting better at dealing with my problems and I also surround myself with loving friends as my support system.

“The goal now is to be able to deal with my personal problems without it affecting my professional life.”

So if you see no other way to justify your past impulses, then I guess a little lie will help you. Just make sure to get your story straight. Interviewers are trained to be lie detectors, too. So bear that in mind.

The other option is to see if the company does a background check. Financial accounts certainly do. If it’s an extremely small company though, it probably won’t.

Choose your poison. Whether you invent a personal problem or you lie about your traceable AWOL record. That’s the price you have to pay for going AWOL. 😉

If you were fired, remember this: 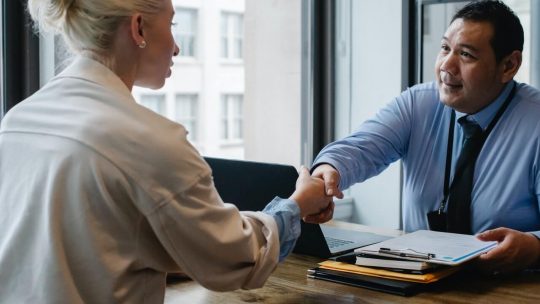 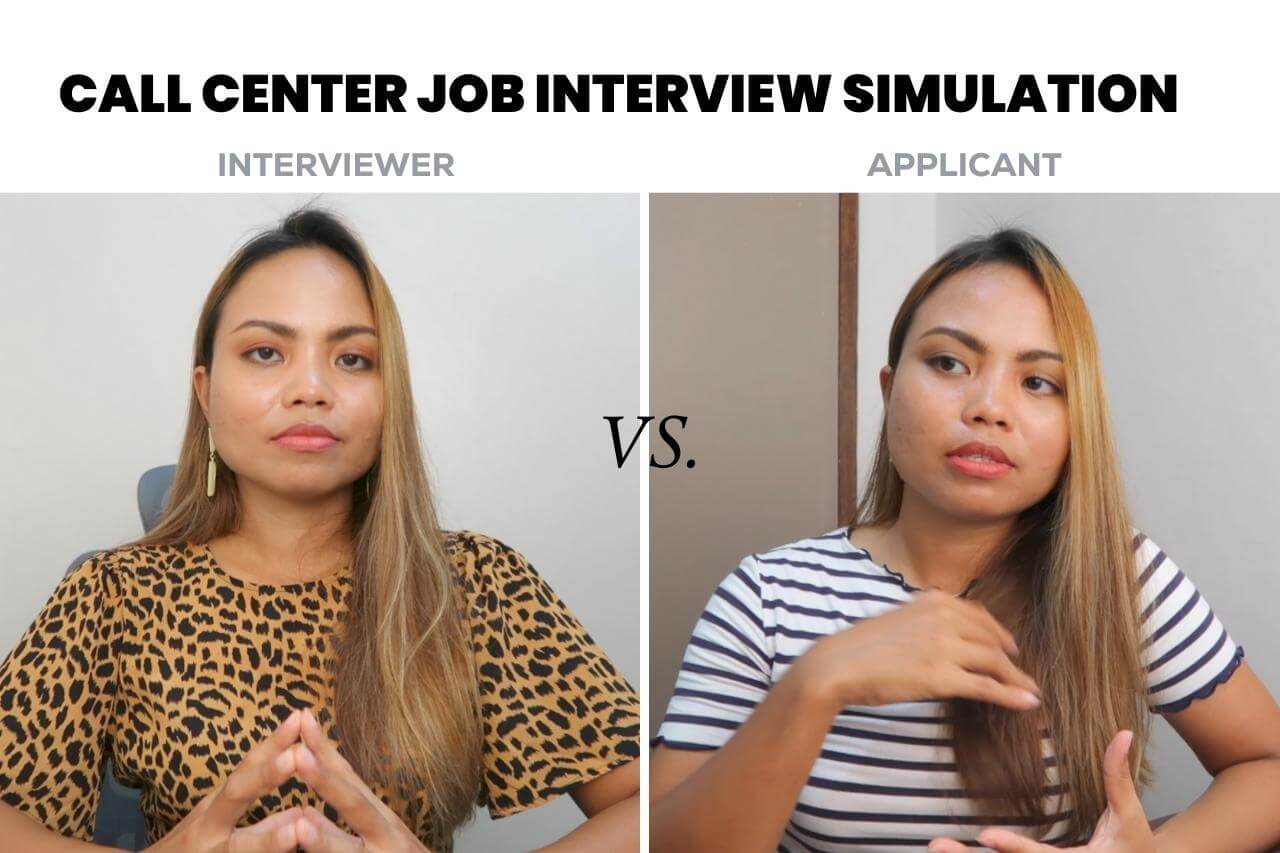 Here’s a call center job interview simulation between an interviewer and an applicant. The applicant is a college undergraduate who decided to drop out of college to apply for a Customer Service Representative position. The purpose of this job... 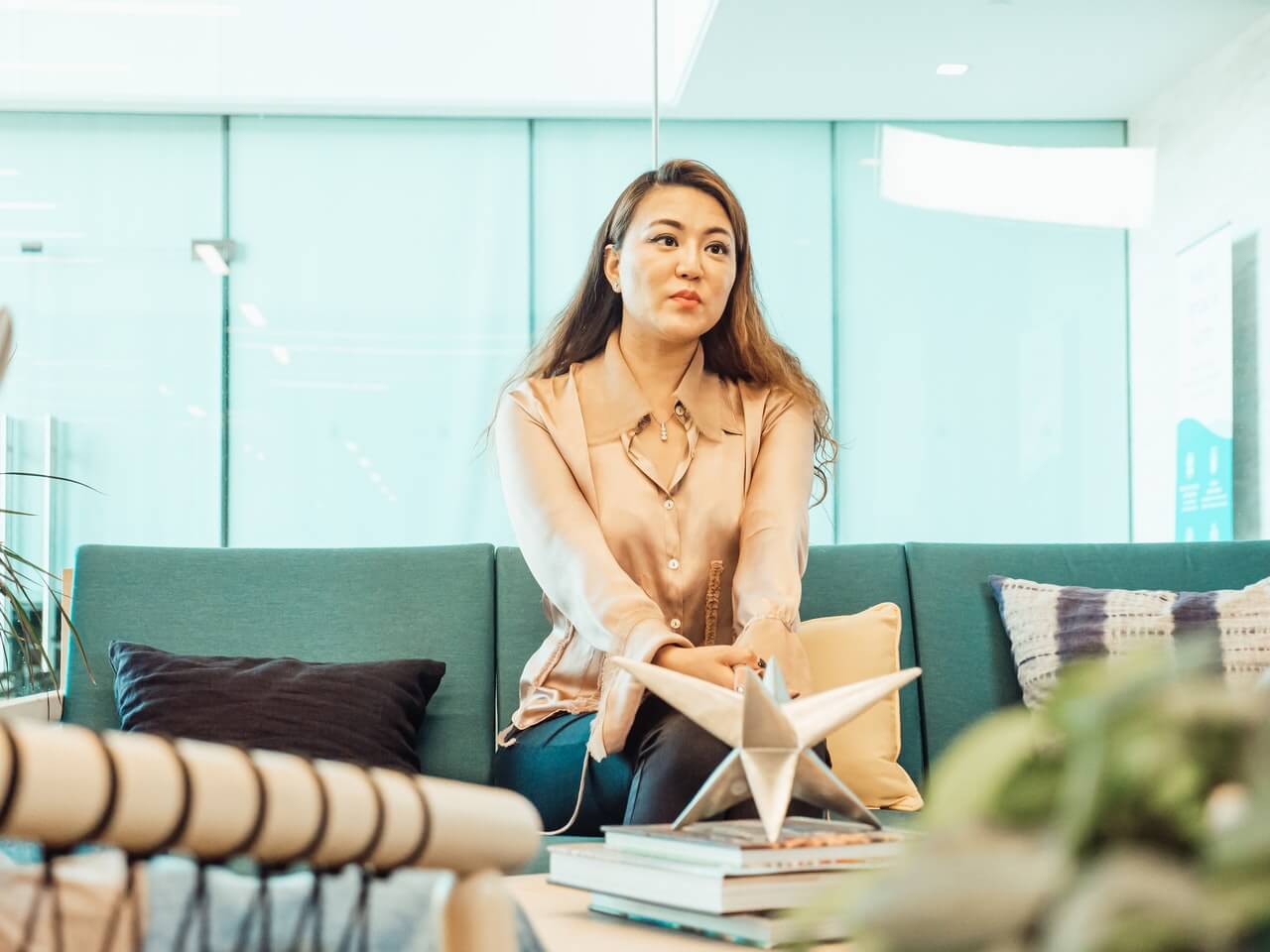 Tell Me About Yourself | Call Center Job Interview Answers

Not knowing how to answer Tell me about yourself is a recipe for failure in a call center job interview. Get this wrong and the interview is doomed. Get this right and you’ll create a great first impression right when it matters the most- at... 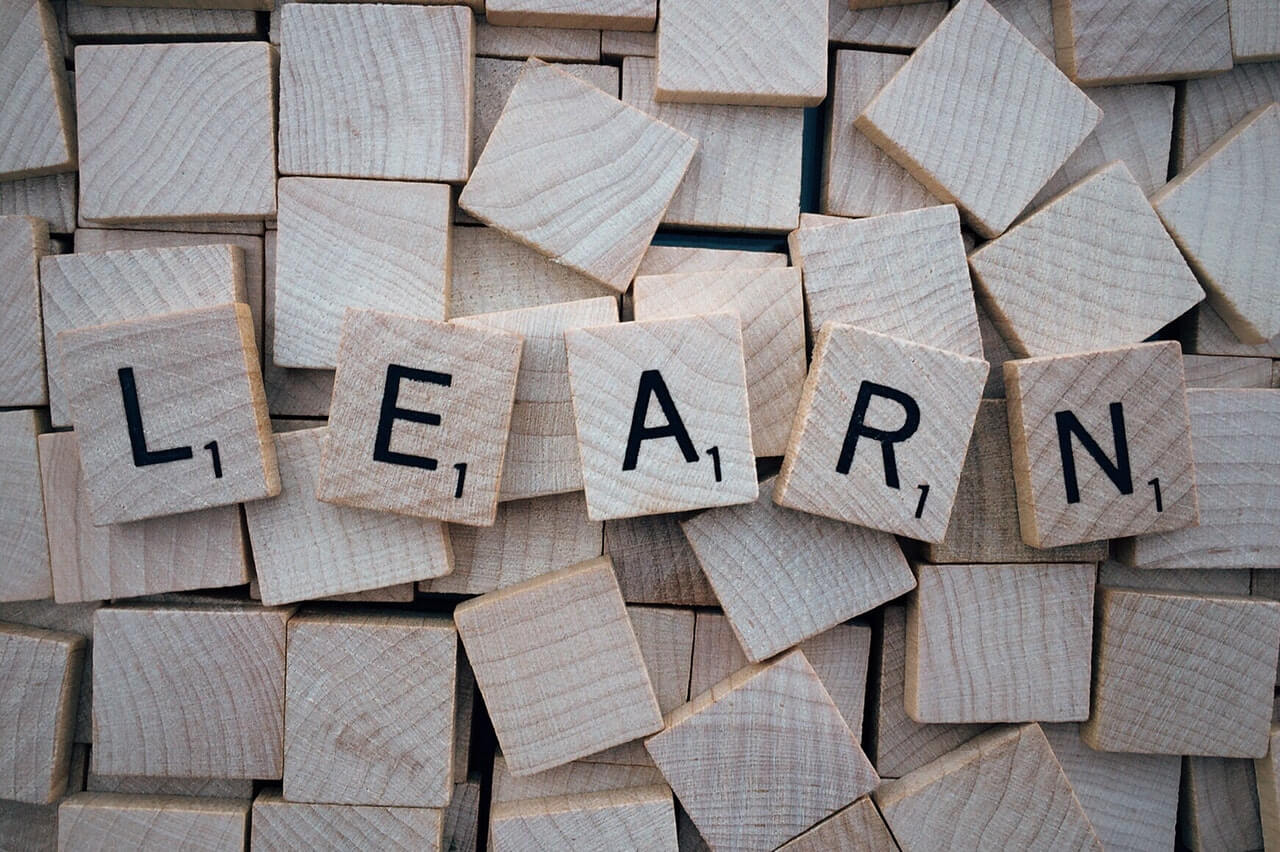 For call center agents who are non-native English speakers but talk to native speakers, idioms can be tricky. Terrifying, even — especially for newbies. They could turn pleasant conversations into awkward ones, especially if your account... 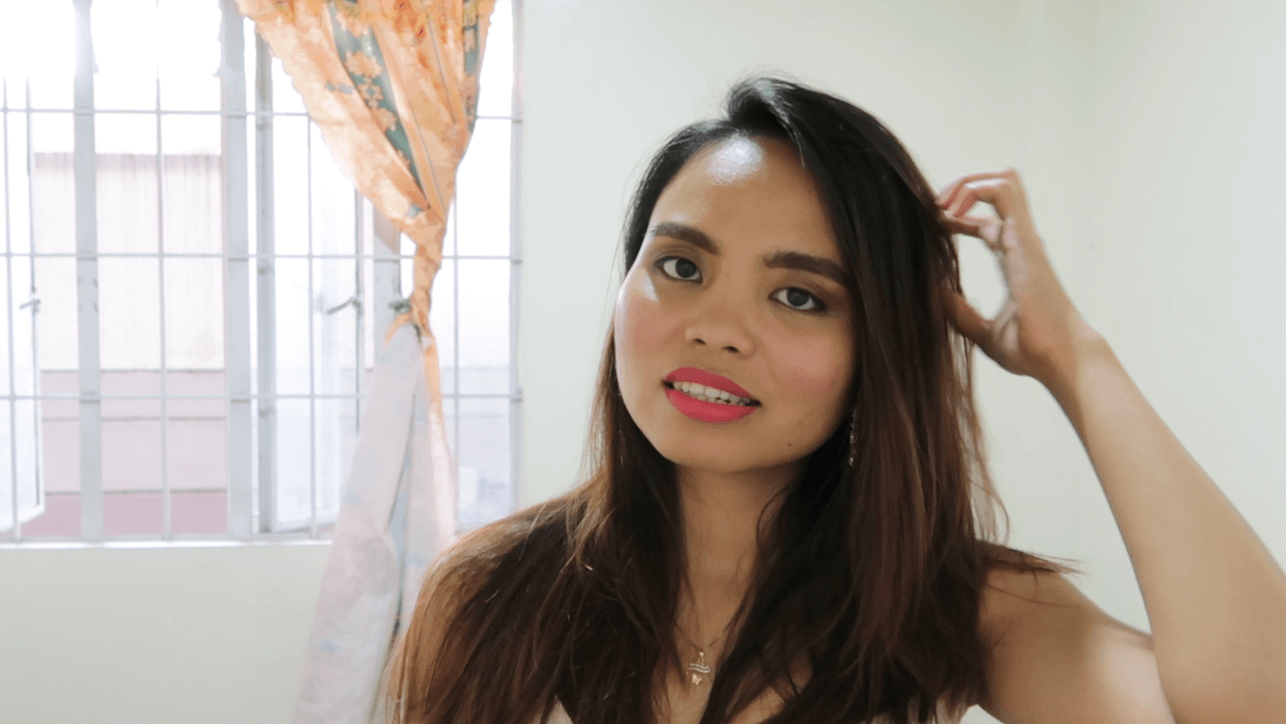 Behavioral call center interview questions ask you to recall an past experiences at work and how you handled them. They usually start with, “Tell me about a time in your past job when…” but not all the time. When interviewers ask this, they want to...